Hello again from Andalusia, Spain, where we are guests of the local Club Nautico Puerto Sherry and FAV, who are hosting the 2019 Techno 293 World Championships, the final big international event of the Techno 293 calendar.

Well, we kind of predicted this in yesterday’s report, that the forecast would bear little relation to the reality of things on the day. And so, it came to pass. We woke to find the spot covered with sea fog and not a breath of wind. Time to pack up and go home? actually no. As predicted by the locals, the sun broke through, some wind blew in and in no time at all the Race Committee had the entire boys fleets out on the water, keen to get the competition underway.

All the boys managed two rounds of racing, a little behind schedule, but still plenty of time to make that up. The girls were then sent out on the water, but at that point the fog starting creeping back and so the Committee wisely decided to call everyone back in. Every competitor has a tracking device here, so it made it easier to be sure that everyone was safely back in before the fog closed in again. 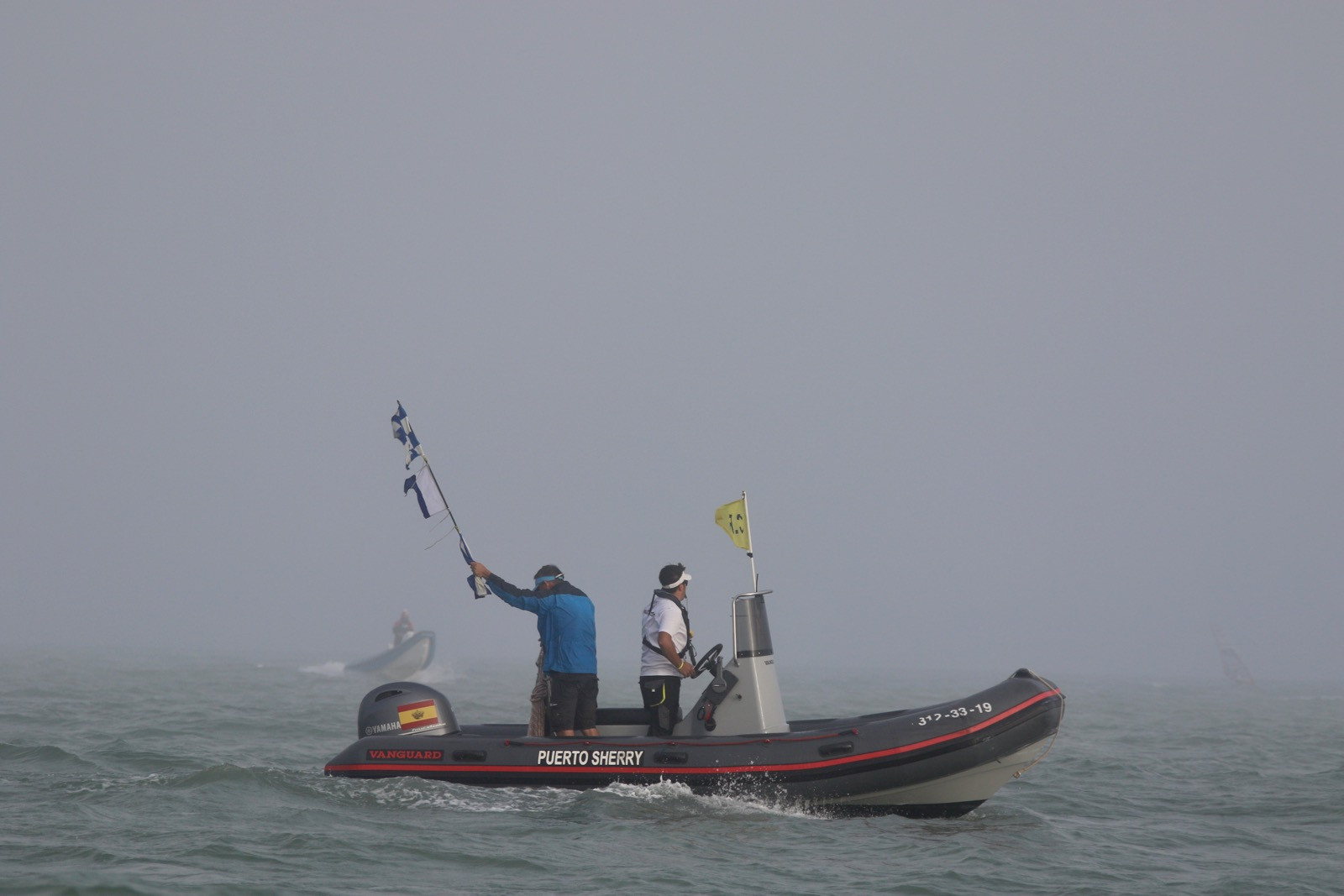 After the two races today it was hard to say if anyone had made a decisive move on the rankings, especially with ten more rounds of racing possible if all goes well, but either way, we have overnight leader boards as we go into the next day of racing.
In Junior Boys, the 89 entrants have been split into two groups, Green and Grey. Scores in either fleet count equal, but there is always a clearly defined overall leader board. Step forward France’s Victor Gaubert, who currently stands top of the rankings with a perfect 2 wins from 2 races. Right behind is the extremely competitive Israeli Daniel Halperin with 2 second places. Following them, Italy’s Francesco Forani and Giuseppe Paolillo, with Israel’s Asaf Ziv and Britain’s Guy Owen not far behind.
In Youth Boys, with their 137 entrants also split into two groups, Blue and Yellow, it’s already incredibly competitive, with almost no margin between first and eighth place. This is clearly going to be an action-packed and intense week for them. Two points separate first and fourth, Italy’s Davide Antognoli and Israel’s Tal Basik Tashtash respectively, sandwiching France’s Jules Chantrel and Israel’s Adir Twill.
The girls will presumably get first go as soon as conditions are good tomorrow, so they too can get their scoreboards running. It all depends on the weather… Let’s not bother with the forecast! You’re either sailing, or you’re not.
If the girls and boys can maintain today’s level of interest, we’re in for a gripping week whatever the conditions dish up.